How To Reach A Settlement With A Professional Injury Attorney 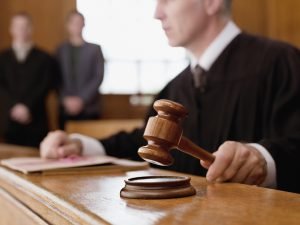 How To Reach A Settlement With A Professional Injury Attorney

Settlements aren’t always reached the same way or even before or after certain events. While some settlements can be made during mediation, others can be made right after the lawsuit has been filed. But a settlement may not be reached until just before the trial is set to take place or even after! There are no “one-way” settlements can be reached. Sometimes they are expected and sometimes they aren’t. But it is important to remember that settlements are not ALWAYS reached and sometimes trial is required. The biggest key to reaching a settlement that is fair and just is by working with an attorney who understands the law and knows what you should expect as a fair settlement. Never sign a settlement agreement without consulting with an experienced attorney first.

If a lawsuit does end up going to trial – the victim must provide a burden of proof in order to have a successful outcome. A burden of proof means that the case must be proved beyond a reasonable doubt. Unlike civil personal injury lawsuits in which the plaintiff only needs to prove that they are “more than likely” right.

This is common in lawsuits that need to prove negligence like auto accidents, bicycle accidents and similar events. Many personal injury cases only require the victim to prove damages that were incurred as the lawsuit begins with the defendant presumably at fault.

If you have suffered a personal injury, do not attempt to handle a lawsuit on your own. The professionals at Tourtlotte Law Firm in Billings Montana are skilled and experienced in handling personal injury claims and can help you reach the best end result possible. Having a consultation with a personal injury attorney can make the difference between winning a lawsuit and failing to provide enough evidence to prove your case and losing.

Tourtlotte Law Firm is located in Billings, Montana. We have helped people from all across our great state find justice. Are you ready to receive the compensation you deserve?